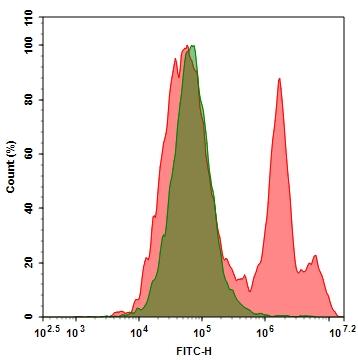 Ordering information
Find Distributor
Additional ordering information
Physical properties
Storage, safety and handling
Related products
See also: Annexin-V Staining, Apoptosis and Necrosis, Cell Viability Assays, Cellular Processes
Annexins are a family of proteins that bind to phospholipid membranes in the presence of calcium. Annexin V is a valuable tool for studying cell apoptosis. It is used as a probe to detect cells which have expressed phosphatidylserine on the cell surface, a feature found in apoptosis as well as other forms of cell death. In apoptosis, PS is transferred to the outer leaflet of the plasma membrane. The appearance of phosphatidylserine on the cell surface is a universal indicator of the initial/intermediate stages of cell apoptosis and can be detected before morphological changes can be observed. There are a variety of parameters that can be used for monitoring cell viability. Annexin V conjugates are widely used to monitor cell apoptosis through measuring the translocation of phosphatidylserine (PS). Annexin V-Biotin conjugate probe is one of the most of most sensitive Annexin V conjugates used for monitoring cell apoptosis in combination with our various fluorescent streptavidin conjugates.