The intracellular calcium flux assay is a widely used method for monitoring the activities of GPCRs and calcium channels. To quantify the intracellular calcium concentration, ratiometric fluorescent calcium indicators are preferred because the ratio is directly related to the calcium concentration and independent of the cell numbers and dye loading concentration. However, the most popular ratiometric calcium indicators (such as Fura-2 and Indo-1) have certain limitations such as lower sensitivity, UV excitation, and not compatible with screening filter set.

Cal Red R525/650 has been developed as a new 488 nm-excitable ratiometric fluorescence calcium indicator. Cal Red R525/650  is weakly fluorescent, and once enters cells, the lipophilic AM blocking groups are cleaved by intracellular esterase, resulting in a negatively charged fluorescent dy retained will in cells with excitation close to 488 nm and two emissions at 525 nm and 650 nm. When cells are stimulated with a bioactive compound, the receptor initiates the release of intracellular calcium, which is chelated by Cal Red R52/650. The emission signal is increased at 525 nm and decreased at 650 nm when excited at 488 nm. The excitation and emission wavelength of Cal Red R525/650 are compatible with common filter sets with minimal damage to cells, making it a robust tool for evaluating and screening GPCR agonists and antagonists as well as calcium channel targets. 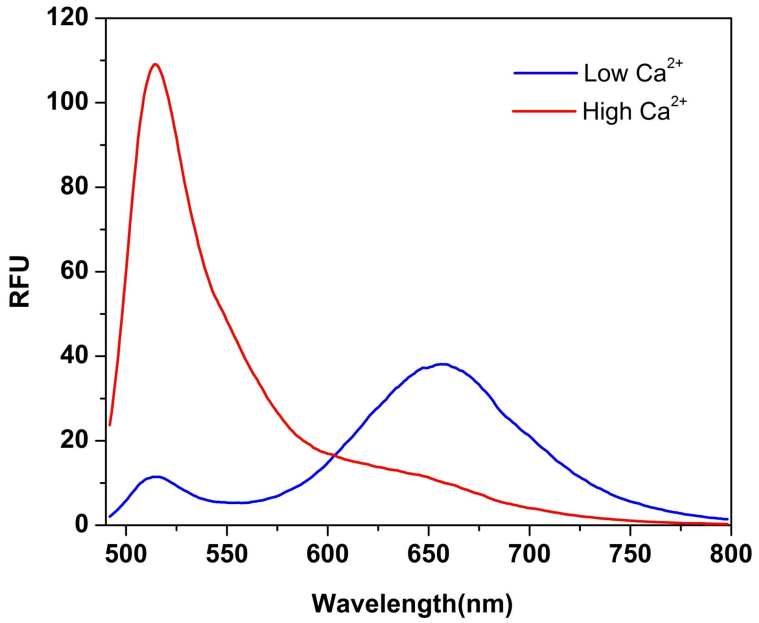 Figure 2. ATP-stimulated calcium response on CHO-K1 cells incubated with Cal Red R 525/650, AM and Fura-Red™ AM. 10 μM ATP (final concentration in the well) was added by FlexStation 3 (Molecular Devices). 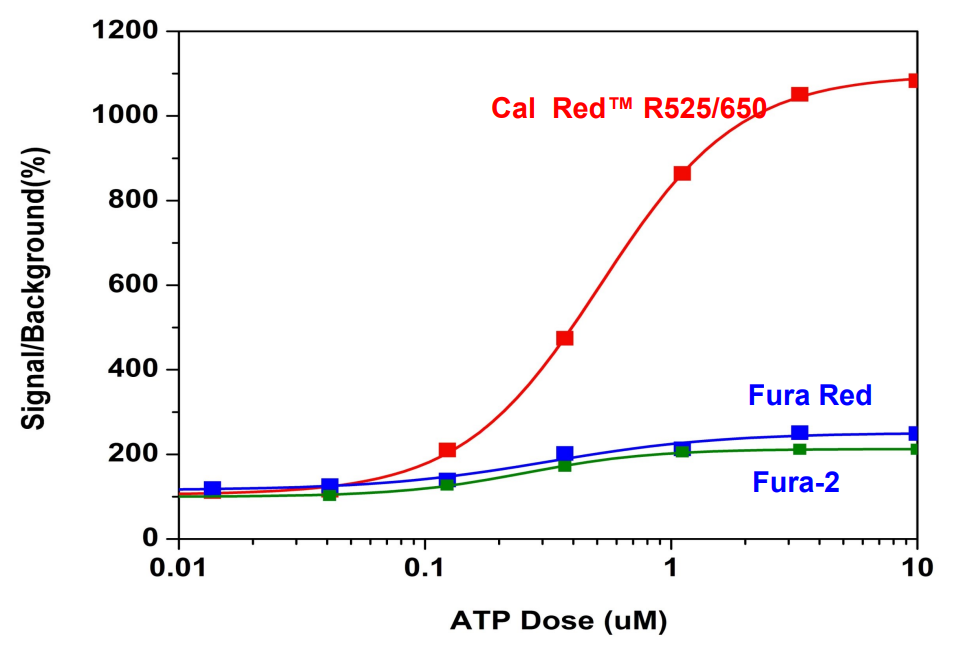