Glucose transport systems are responsible for transporting glucose across cell furface membranes. The rate of glucose uptake in cells is tightly regulated by factors including insulin. Measuring uptake of glucose has been dominated by traditional C14 labeled 2-deoxyglucose (2-DG) radioactive measurement. However, the routine use of a radio-labeled probe is costly, requires a special handling procedure, and the results must be corrected by separating the extracellular signal.

We have developed an enzymatic photometric assay detecting for 2-DG uptake. The entire process from cell culture to glucose uptake evaluation could be complete in the single well of a 96-well microplate.

2-DG were taken up by adipocytes through insulin stimulation, and metabolized to a non-metabolizable metabolite, 2-Deoxy Glucose-6-Phosphate (2-DG6P). Cells were lysed, and the amount of the accumulated 2-DG6P was proportional to the glucose uptake by cells. 2-DG6P in cell lysate was enzymatically coupled to the generation NADPH, which is specifically monitored by a NADPH sensor. 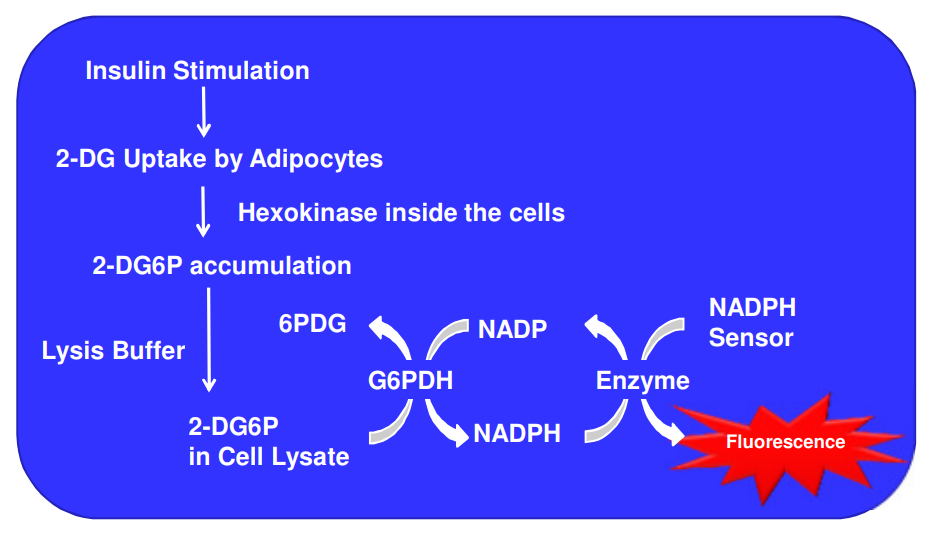 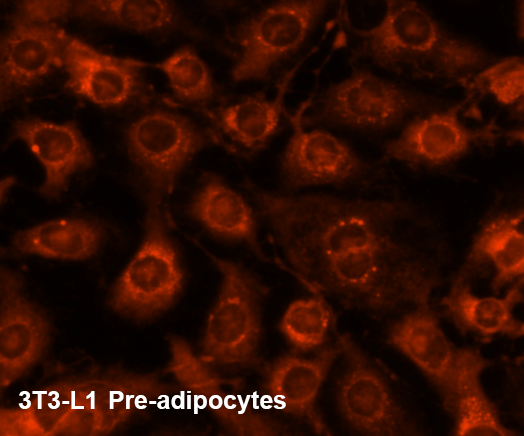 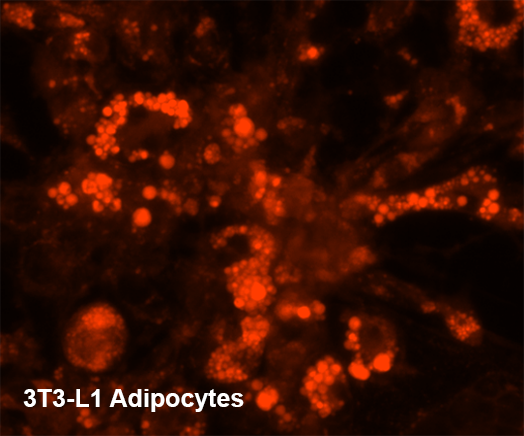 Figure 2. 3T3-L1 cell Images before and after differentiation, lipid droplets are stained with Nile Red. 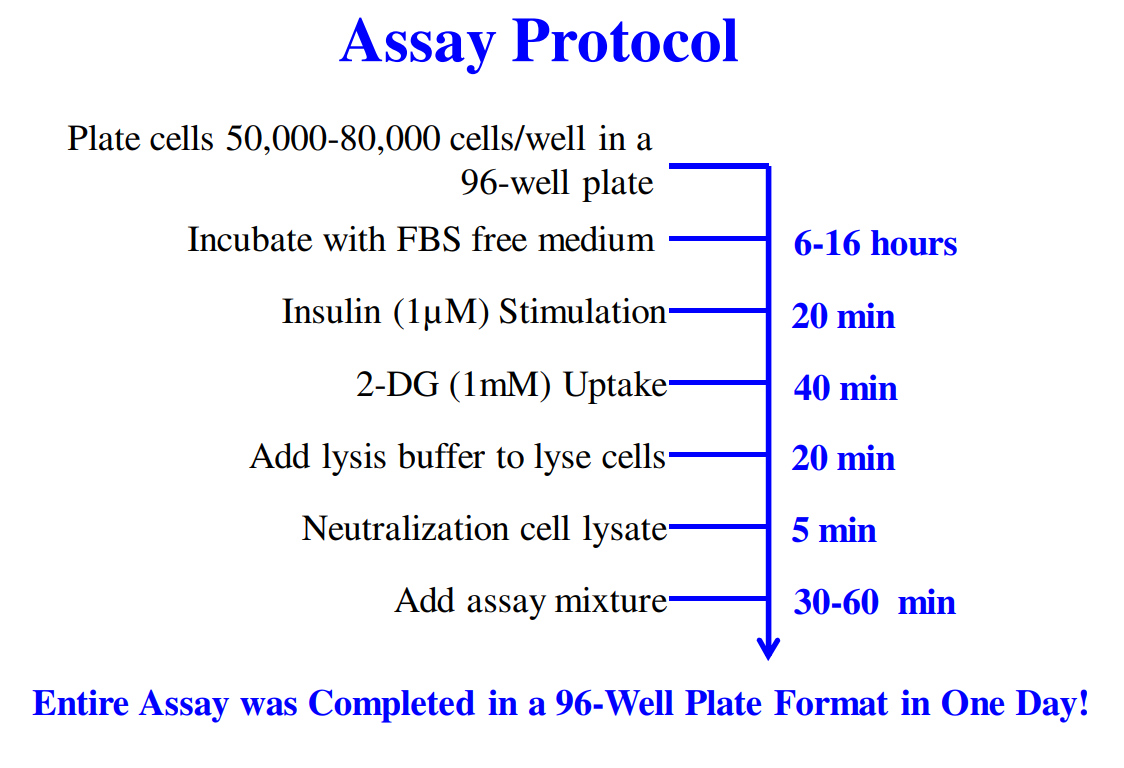 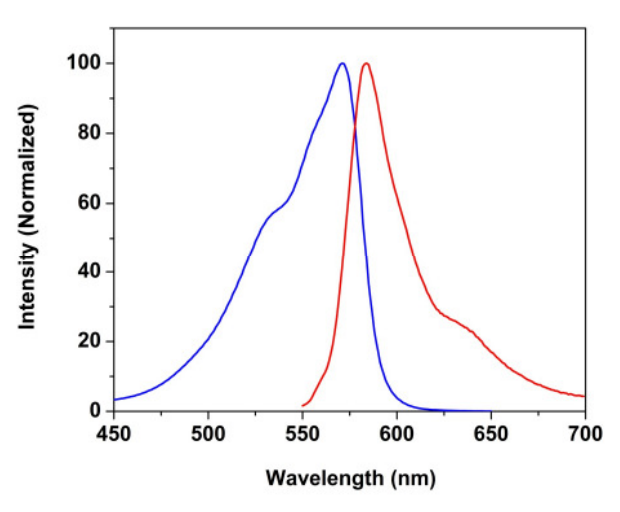 Figure 3A. The excitation and fluorescence spectra of the assay mixture with 100 µM 2- DG added in the assay system. 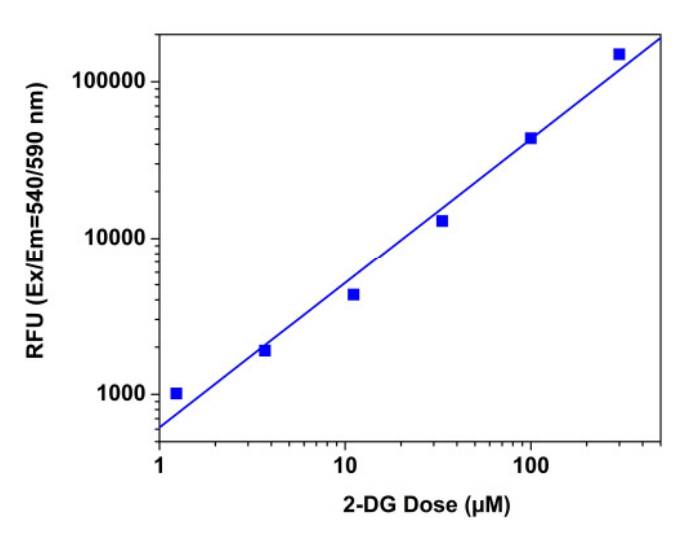 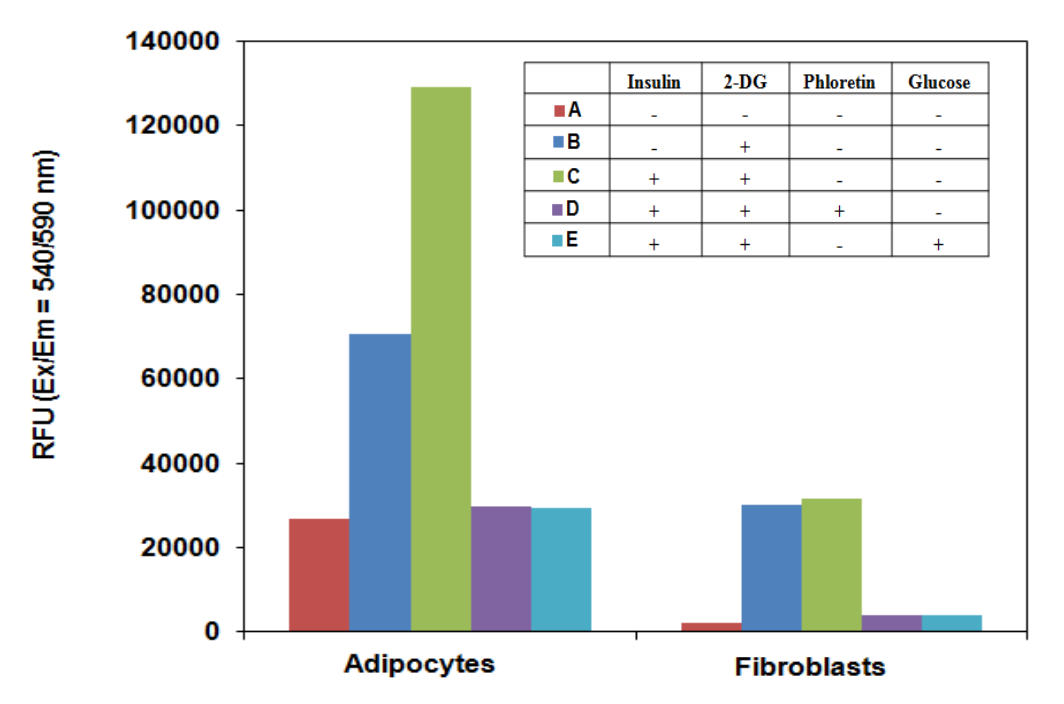 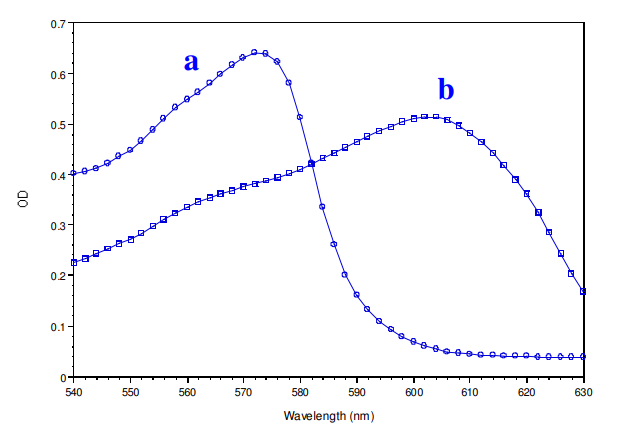 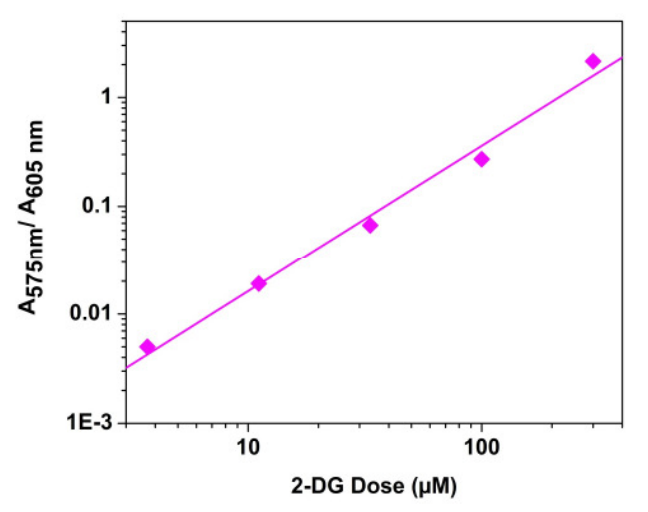 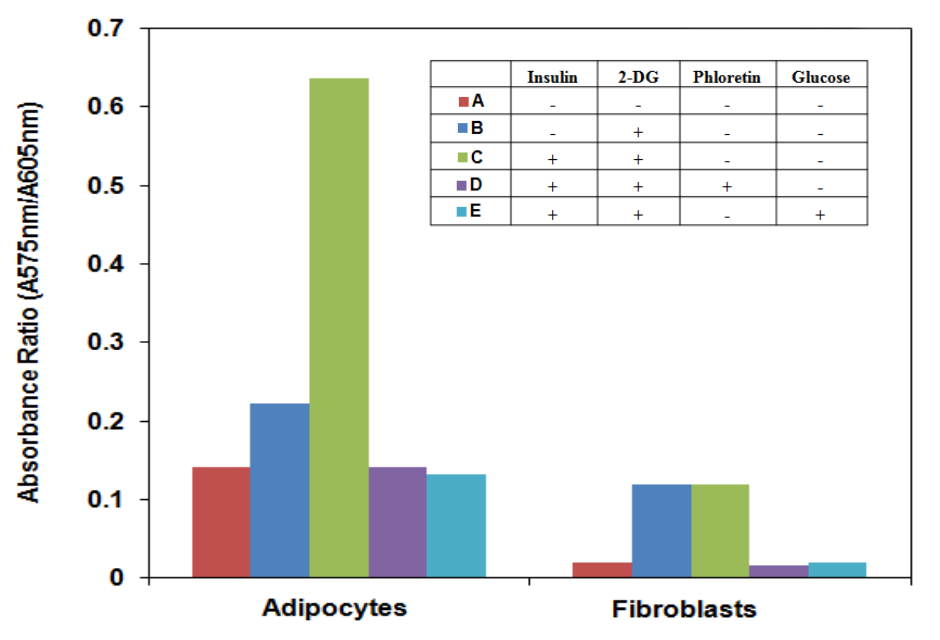