Pyrophosphate (PPi) are produced by a number of biochemical reaction, such as ATP hydrolysis, DNA and RNA polymerizations, cyclic AMP formation by the enzyme adenylate cyclase, and the enzymatic activation of fatty acids to form their coenzyme A esters. Many pathological disorders such as familial chondrocalcinosis is associated with abnormal regulation of the transport of inorganic pyrophosphate. Our PhosphoWorks™ Pyrophosphate Assay Kit provides the most robust spectrophotometric method for measuring pyrophosphate sensor that has its fluorescence intensity proportionally dependent upon the concentration of pyrophosphate. The assay is much easier and more robust than the enzyme-coupling pyrosphosphate methods that require at least two enzymes for their pyrophosphate detections. The assay can be performed in a convenient 96-well or 384-well microtiter-plate format and easily adapted to automation with no separation steps required. 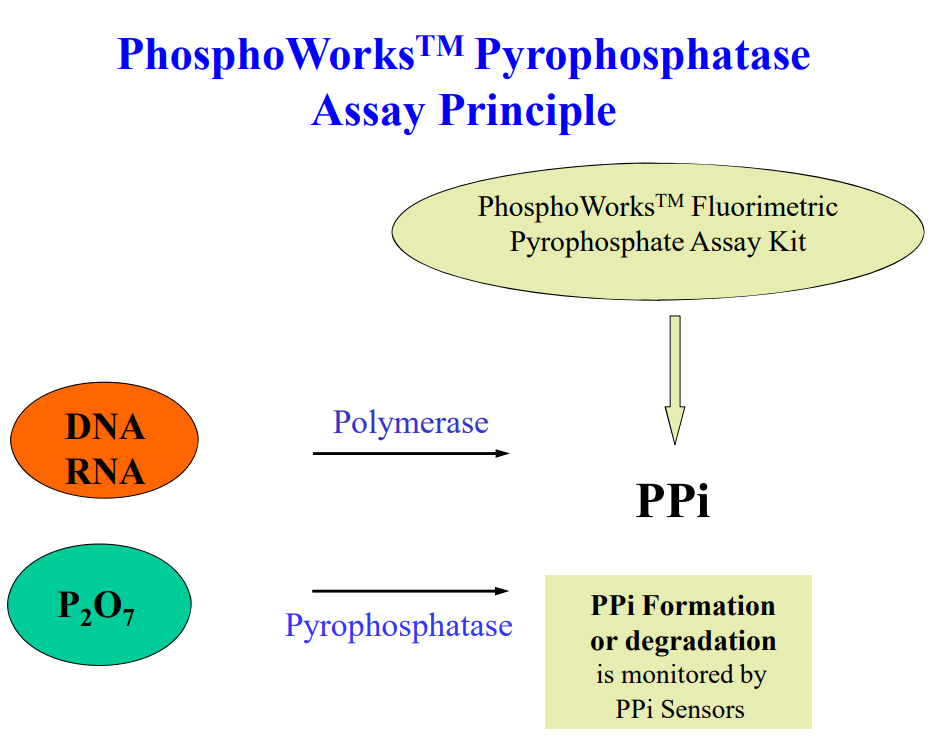 Enzymes that utilize PPi as a substrate such as phosphotansferases and pyrophosphatases or generate PPi such as cyclases, ligases, hydrolases, and DNA polymerase. The activities of these enzymes are determined by the monitoring or PPi formation by PPi sensors at Ex/Em= 368nm/415nm. 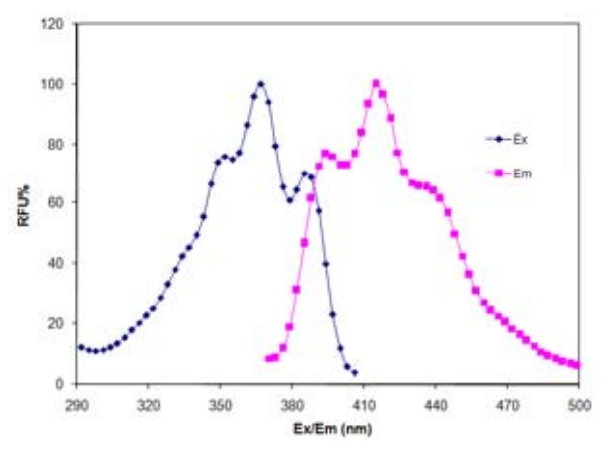 Figure 1. The excitation and emission spectrum of pyrophosphate sensor. 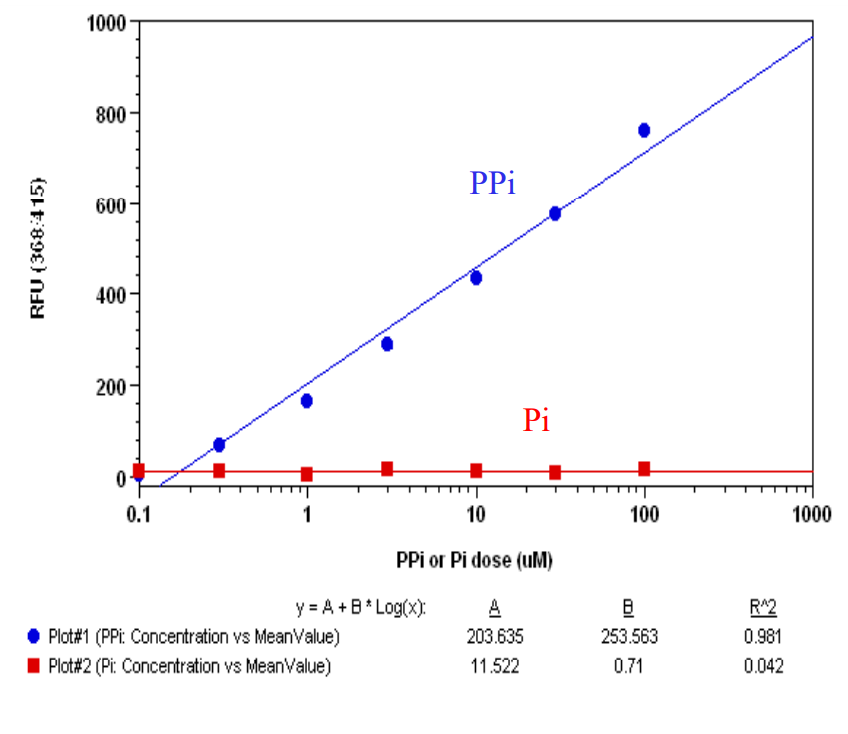 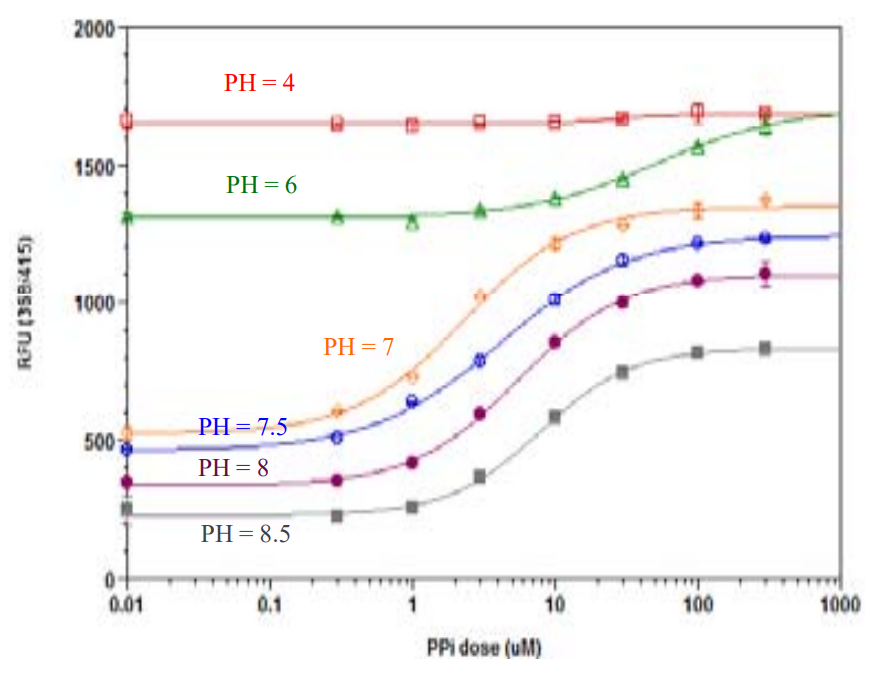 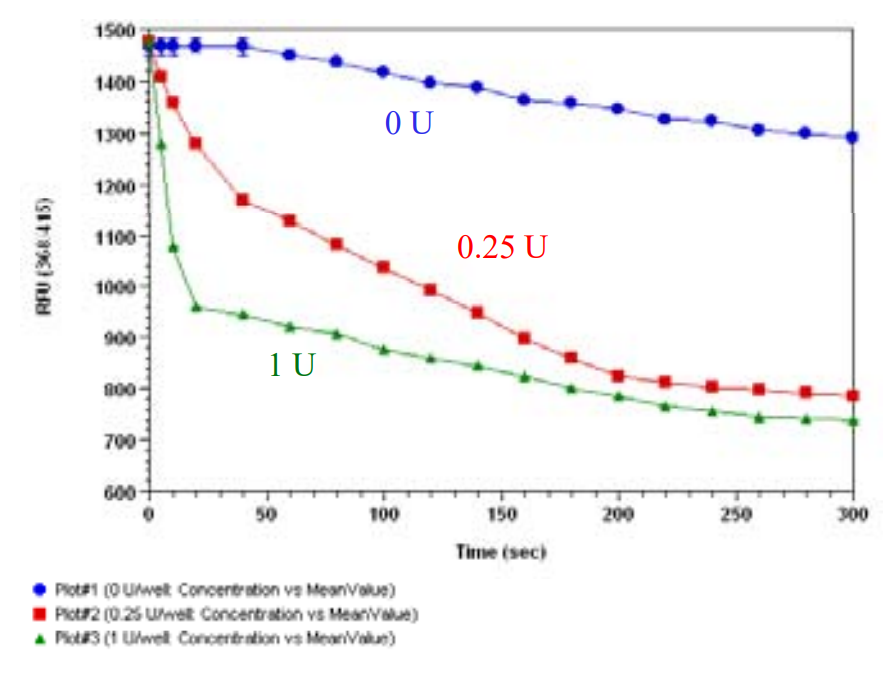